Gérard Vallée is professor emeritus of religious studies at McMaster University in Hamilton, Ontario (Canada). He studied in Québec and Germany, and worked in the fields of history of Christianity and philosophy of religion. He has also taught in Vietnam, India, and Nigeria. His publications include A Study in Anti-Gnostic Polemics (WLU Press, 1981), The Spinoza Conversations between Lessing and Jacobi (1988), The Shaping of Christianity 100-800 (1999), and Soundings in G.E. Lessing’s Philosophy of Religion (2000). He has been involved in the editing of Nightingale’s Collected Works since 1998. 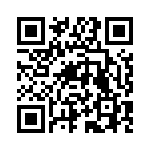