James Wilson [1742-1798] was one of the most influential delegates to the Federal Constitutional Convention and one of the six founding fathers who signed both the Declaration of Independence and the U.S. Constitution. He was also the principal author of the Pennsylvania Constitution, a professor of law and an Associate Justice of the U.S. Supreme Court. 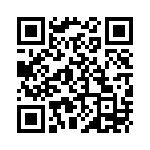