Malena Kuss is an internationally recognized musicologist specializing in Latin American music. She is Professor of Music Emeritus at the University of North Texas, Denton. 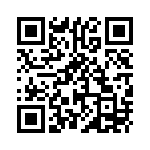