Caren L. Diefenderfer (AB Dartmouth College, MA, Ph.D. University of California at Santa Barbara) is Professor of Mathematics at Hollins University. Caren has been active with the AP Calculus Program for over 20 years and served as Chief Reader for AP Calculus from 2004-2007. She has been a leader with MAA efforts on Quantitative Reasoning and is currently the Chair of the MAA's Special Interest Group for the Teaching of Advanced High School Mathematics (SIGMAA TAHSM).

Roger B. Nelsen (BA DePauw University, Ph.D. Duke University) is Professor Emeritus of Mathematics at Lewis and Clark College. Roger has been an AP Calculus Reader for many years and has authored or co-authored four books for the MAA: Proofs Without Words: Exercises in Visual Thinking (1993); Proofs Without Words II: More Exercises in Visual Thinking (2000); Math Made Visual: Creating Images for Understanding Mathematics (with Claudi Alsina, 2006); and When Less Is More: Visualizing Basic Inequalities (with Claudi Alsina, 2009). 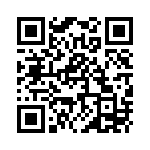