PÓgina 238
But the convict was already looking down again , cupping the coffee - coloured
water to his face , watching the constant bright carmine marble it , thinking , It's a
little late to be telling me that now , and not even thinking this long because ...
PÓgina 273
... not with curiosity but as you memorise a face , then turning and following the
stretcher as Wilbourne was about to speak to him , the door ( it sounded rubber -
tyred too ) clapping to soundlessly in his face , almost slapping his face , the
officer ...
PÓgina 293
lawyer ( a young man with a round moon face and myopic eyes behind glasses ,
in a crumpled linen suit ) challenging monotonously , but it just took twenty - two
minutes , the judge sitting high behind a pine counter , grained and stained to ... 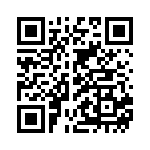