Aung San Suu Kyi is the leader of the struggle for human rights and democracy in Burma. In 1990 she was awarded the Thorolf Rafto Prize for Human Rights in Norway and the Sakharov Prize for Freedom of Thought by the European Parliament and in 1991 she was awarded the Nobel Peace Prize. She is also the author of several books, including FREEDOM FROM FEAR, which was edited by her husband, Dr Michael Aris and THE VOICE OF HOPE, both published in Penguin. 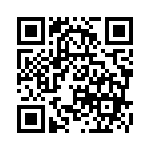