Adam Nicolson poignantly brings us back to Jacobean England using poetic language disguising itself as prose. He makes no pretense that this is a scholarly work about the process of translation with ... Llegeix la ressenya completa

This book gives insights into this translation of The Bible without diminishing its spiritual inspiration. It provides an increased appreciation of the massive undertaking involved and the ... Llegeix la ressenya completa

P‡gina 21 - And while the flesh was yet between their teeth, ere it was chewed, the wrath of the LORD was kindled against the people, and the LORD smote the people with a very great plague.
Apareix a 383 llibres de 1805-2008
P‡gina 118 - For thou desirest not sacrifice; else would I give it: thou delightest not in burnt offering. The sacrifices of God are a broken spirit: a broken and a contrite heart, O God, thou wilt not despise.
Apareix a 338 llibres de 1805-2008
MÈs informaciÛ
P‡gina 119 - One day a great feast was held ; and after dinner the representation of Solomon his Temple, and the coming of the Queen of Sheba, was made, or (as I may better say) was meant to have been made, before their Majesties, by device of the Earl of Salisbury and others.
Apareix a 165 llibres de 1779-2008
P‡gina 105 - And out of the ground made the Lord GOD to grow every tree that is pleasant to the sight, and good for food. The tree of life also in the midst of the garden, and the tree of knowledge of good and evil.
Apareix a 1250 llibres de 1807-2008
P‡gina 106 - But ye, brethren, are not in darkness, that that day should overtake you as a thief; ye are all the children of light, and the children of the day ; we are not of the night, nor of darkness.
Apareix a 821 llibres de 1198-2008
Menys

Adam Nicols on is the author of Seamanship, God's Secretaries, and Seize the Fire. He has won both the Somerset Maugham and William Heinemann awards, and he lives with his family at Sissinghurst Castle in England. 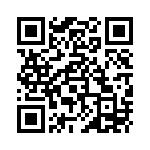