Barbara F. Walter is Assistant Professor of Political Science in the Graduate School of International Relations and Pacific Studies at the University of California, San Diego. She is the coeditor of Civil Wars, Insecurity, and Intervention. 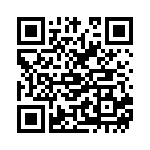