Richard l. Sklar is Professor Emeritus of Political Science at the University of California, Los Angeles, where he was founding co-chair of the interdepartmental degree program in Development Studies. He is a past president of the African Studies Association (U.S.A) and has taught at several universities in Africa, including the University of Zambia, and as a Fulbright Professor, the University of Zimbabwe. In addition to Nigerian Political Parties, originally published in 1963 and republished in Nigeria in 1983, his published works include Corporate Power in an African State (Zambia), 1975; African Crisis Areas and U.S. Foreign Policy (co edited, 1985); Postimperialism and World Politics (co edited, 1999); African Politics in Postimperial Times: The Essays of Richard L. Sklar (edited by Toyin Falola, 2002), published by Africa World Press. 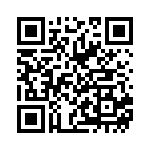