One point about bacteria that seems to be missed in all talk about extraterrestrial colonisation: in recent times more and more is being discovered about animals' (including humans) need of microbes ... Llegeix la ressenya completa

EXPLORING MARS: Chronicles from a Decade of Discovery

Scott Hubbard is a professor in the Department of Aeronautics and Astronautics at Stanford University. He has been engaged in space-related research as well as program, project, and executive management for more than 35 years. He spent 20 years at NASA, including serving as director of NASAŐs Ames Research Center and received NASAŐs highest award, the Distinguished Service Medal. 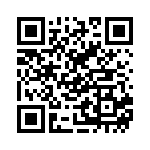