THE HEAT OF THE SUN

The heat of the sun: a novel

Noted for his teaching, editing, and literary criticism, Rubin (The Mockingbird in the Gum Tree, LJ 9/1/91) adds to his remarkable body of work with this carefully crafted novel. The plot concerns the ... Llegeix la ressenya completa

Louis Decimus Rubin, Jr. was born in Charleston, South Carolina on November 19, 1923. After serving in the Army during World War II, he received a history degree the University of Richmond. He worked for The Associated Press and several newspapers including the Richmond News-Leader before receiving master's and doctoral degrees from Johns Hopkins University. In 1953, while still at Johns Hopkins University, he co-edited his first book, Southern Renascence: The Literature of the Modern South. He taught at the University of Pennsylvania, Hollins College, and the University of North Carolina at Chapel Hill. He was a co-founder of Algonquin Books and founder of the Fellowship of Southern Writers. In 1989, he retired from the UNC faculty after 22 years to focus on Algonquin Books. He was a prolific author who wrote novels, critical studies, histories, memoirs and a guide for predicting the weather. His books include Small Craft Advisory, Babe Ruth's Ghost, A Memory of Trains, An Honorable Estate, and My Father's People. He died from kidney disease on November 16, 2013 at the age of 89. 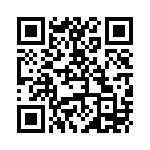