Pŕgina 124
Today ' s Peter was appointed abbot , which he remained for the next eight years
, becoming known for his holiness and for his practical care of those in need .
During this period , with the help of Amédée III , count of Savoy , he built a guest ...
Pŕgina 183
appointed him to the see he was about sixty - five years old and had already
been a monk for many years . His predecessor in the see , St Deusdedit ( 14 July
) , died in 664 . Oswiu , king of Northumbria ( 641 - 70 ) , and Egbert , king of Kent
...
Pŕgina 184
In the formation of dioceses and the appointment of bishops it was his policy to
unify disparate elements in the Church and ... The situation had arisen because ,
while Wilfrid was being consecrated in Gaul , Oswiu had appointed Chad , whose
... 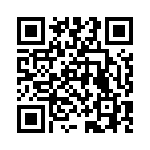