Ben Evans was born in October 1976 in Solihull and attended the University of Birmingham, from where he gained a degree in Ancient History and Archaeology and later a teaching qualification. He has written extensively for SPACEFLIGHT, COUNTDOWN and ASTRONOMY NOW magazines since 1992 and has previously had two books published by Praxis. These were NASA'S VOYAGER MISSIONS (2003) and, most recently, SPACE SHUTTLE COLUMBIA (2005). He researched and wrote both books whilst training and working as a history and English secondary school teacher. He is not a professional scientist, but merely a space enthusiast with an interest in writing. 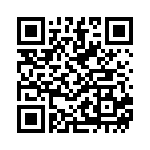