Interesting background on the Dark Materials trilogy. I thought it would contain more about the science behind it but Pullmans philosophical background is also interesting. I found the books layout ... Llegeix la ressenya completa

Explains the inspirations for some of Pullman's characters and settings, very entertaining. Llegeix la ressenya completa

Formerly a head writer of television's Who Wants to Be a Millionaire, and an editorial director of HarperCollins, David Colbert is best known as author of the acclaimed Eyewitness history series. A graduate of Brown University, he studied anthropology and mythology and has spent much of his life in libraries. He lives in the United Kingdom. 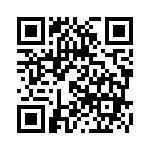