Matt Doeden received a BA in journalism from Mankato State University. After graduating, he worked as a sports writer for the Mankato newspaper, and then as an editor with a small children's publisher called Capstone Press. In 2003, he became a freelance writer and editor. He has written and edited hundreds of books on numerous topics including cars, sports, airplanes, geography, science, and math. 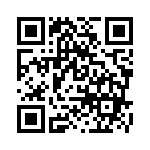