Peter Collier is an author who often collaborated on his boooks with David Horowitz. Together they co-wrote books about dynasty families like: The Rockefellers: An American Dynasty (1976), The Kennedys: An American Drama (1984) and The Fords: An American Epic (1987), and in 1994 Collier published The Roosevelts: An American Saga, with Horowitz contributing. In addition, Collier wrote a novel, Down River (1979); a children's book, The King's Giraffe (with his wife, 1996); and books honoring military figures like Medal of Honor: Portraits of Valor Beyond the Call of Duty (2003). During the 1960s and '70s, Collier and Horowitz worked together on the New Left journal Ramparts, but "made a 180-degree turn and began writing books and articles from the conservative side of the spectrum. Their 1989 book, Destructive Generation: Second Thoughts About the Sixties, attacked what they perceived to be the nostalgia that had grown up around that decade. In 1998, Collier founded Encounter Books, which has published a range of authors, many of them conservative. Peter Collier passed away on November 1, 2019 from leukemia. He was 80 years old. 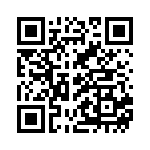