Gabriel Picone is Associate Professor of Economics at the College of Business Administration at the University of South Florida. 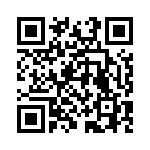