This is a really excellent book about the problem novel in adolescent lit. Trites applies several theoretical frameworks in this text, from Freud and Lacan to Foucault, as well as several major ... Llegeix la ressenya completa 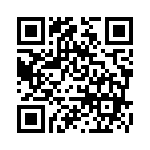