This was a very pretty book with page long descriptions of historically significant mathematical concepts. Each description was accompanied with a full page related image. However, you will need to search further for any significant understanding of the ideas. Llegeix la ressenya completa

Math history chronologically each relevant chunk on just one page...from 150 million B.C. to 2007...this is one really cool book. manageable size shiny pictures...a glimpse of famous and should be ... Llegeix la ressenya completa

Clifford A. Pickover received his PhD from Yale in Biophysics and Biochemistry, and has written more than 40 books and over 200 articles. For many years he was the lead columnist for Discover magazine’s “Brain-Boggler,” and is known for his calendar and card sets, Mind-Bending Visual Puzzles. Currently, he writes the “Brain Strain” column for Odyssey, is associate editor for the scientific journal Computers and Graphics, and serves on the editorial board for Odyssey, Leonardo, and YLEM. His computer graphics have appeared on the covers of numerous magazines, and his research has received considerable attention from such media outlets as CNN, the Discovery Channel, The New York Times, and WIRED. 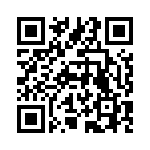