Pŕgina 64
O miracle of faith ! Suddenly they cease from their fury , they become converted ,
they fly from the camp of their wicked leader ; they throw away their shields , their
armour and their blood - stained javelins . Confessing the faith of Christ , they ...
Pŕgina 84
He still , however , practised his faith in secret in the time of persecution under
Mahomet I ( 852 - 87 ) . But then , for some reason , he changed his mind ; he
confessed his Christian faith , was condemned to death , and was executed .
Pŕgina 90
... he built a church for the local Catholics , who , because of the shortage of
priests , had conformed to the Orthodox Church and faith . From 1643 to 1649 ,
however , his health was bad and his known activities few . Meanwhile , hostility
to ... 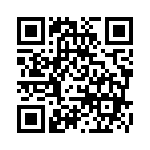