Richard A. Epstein is the James Parker Hall Distinguished Service Professor of Law at the University of Chicago Law School and the Peter and Kirsten Bedford Senior Fellow at the Hoover Institution. 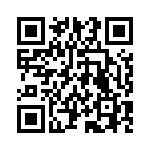