Bryan S. Turner is Professor of Sociology in the Asian Research Institute (ARI) at the National University of Singapore. Previously he was Professor of Sociology in the Faculty of Social and Political Sciences at the University of Cambridge from 1998-2005. His research interests include globalization and religion, concentrating on such issues as religious conflict and the modern state, religious authority and electronic information, religious, consumerism and youth cultures, human rights and religion, the human body, medical change, and religious cosmologies. He is Joint Chief Editor of the journal Citizenship Studies and serves on the editorial boards of several prestigious journals.

Chris Rojek is Professor of Sociology and Culture at Brunel University, West London. He is a prolific and influential author in the field of Celebrity, Leisure Studies and Popular Culture. In 2003 he was awarded the Allen V. Sapora prize for outstanding achievement in the field of Leisure and Tourism Studies. Besides lecturing in the UK he has given lectures on leisure in Australia, Canada, the USA and the Netherlands. In 2009 he was Hood Fellow at the University of Auckland, New Zealand. He also writes on celebrity culture, neat capitalism and myths and realities of national identity. His current research is on popular music and popular culture and the meaning of the celetoid in Reality TV. 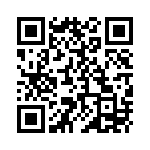