Pŕgina 28
The King against The Mayor of London . a return to that effect to be a sufficient
answer to a mandamus to restore . Or , to advance still higher , the Court of
Common Pleas has the cognizance , jurisdiction , and authority of examining ,
hearing ...
Pŕgina 232
... but the Lord Chancellor was of opinion , that Frances had not any estate in
those lands , not expressly devised to her , by implication , and that no real estate
was devised to Bridget , to take effect not till after the death of Frances the wife ,
but ...
Pŕgina 911
1829 . being clearly of opinion that the replication purported to contain a
statement of the legal effect of the demise and not of the actual bargain between
the parties , refused to disturb the verdict on the first ground , but granted a rule
on the ... 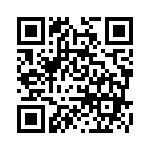