THE AFRICAN-AMERICAN CENTURY: How Black Americans Have Shaped Our Country

The African-American century: how Black Americans have shaped our country

Cornel West is Alphonse Fletcher, Jr., University Professor of Harvard University. He is the author of many books including The American Evasion of Philosophy, The Future of Race (with Henry Louis Gates, Jr.) and the best-selling Race Matters. He won an American Book Award in 1993 for his multi-volume work Beyond Euro-centrism and Multiculturalism. He lives in Boston, Massachusetts. 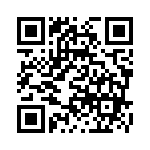