A series of very short rules to live by. The few that are more observations are enlightening but most are so often routed that they're almost cliches. Doesn't mean they're not true but merely too obvious to be inspiring. Llegeix la ressenya completa

Words to live by so eloquently penned by Maya Angelou. Could anything be better? Llegeix la ressenya completa

Maya Angelou was born Marguerite Annie Johnson on April 4, 1928 in Saint Louis, Missouri. At the age of 16, she became not only the first black streetcar conductor in San Francisco but the first woman conductor. In the mid-1950s, she toured Europe with a production of the opera Porgy and Bess. In 1957, she recorded her first album, Calypso Lady. In 1958, she became a part of the Harlem Writers Guild in New York and played a queen in The Blacks, an off-Broadway production by French dramatist Jean Genet. In 1960, she moved to Cairo, where she edited The Arab Observer, an English-language weekly newspaper. The following year, she went to Ghana where she was features editor of The African Review and taught music and drama at the University of Ghana. In 1964, she moved back to the U.S. to become a civil rights activist by helping Malcolm X build his new coalition, the Organization of African American Unity, and became the northern coordinator of the Southern Christian Leadership Conference. Even though she never went to college, she taught American studies for years at Wake Forest University in Winston-Salem. In 1993, she became only the second poet in United States history to write and recite an original poem at a Presidential Inauguration when she read On the Pulse of Morning at President Bill Clinton's Inauguration Ceremony. She wrote numerous books during her lifetime including: I Know Why the Caged Bird Sings, Just Give Me a Cool Drink of Water 'Fore I Die, All God's Children Need Traveling Shoes, Wouldn't Take Nothing for My Journey Now, and Mom and Me and Mom. In 2011, President Barack Obama gave her the Medal of Freedom, the country's highest civilian honor, for her collected works of poetry, fiction and nonfiction. She appeared in the movie Roots and was nominated for Best Supporting Actress in 1977 for her role in the movie. She also played a part in the movie, How to Make an American Quilt and wrote and produced Afro-Americans in the Arts, a PBS special for which she received a Golden Eagle Award. She was a three-time Grammy winner. She died on May 28, 2014 at the age of 86. 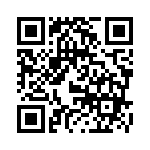