Dated writing but an interesting text that focuses on the how and why theatre is created. Looking at all elements of a creative company, Brook explores the intangible power of theatre. Llegeix la ressenya completa

Peter Brook is one of the world's best-known theatre directors. Outstanding in a career full of remarkable achievements are his productions of Titus Andronicus (1955) with Laurence Olivier, King Lear (1962) with Paul Scofield, and The Marat/Sade (1964) and A Midsummer Night's Dream (1970), both for the Royal Shakespeare Company.

Since moving to Paris and establishing the International Centre for Theatre Research in 1970 and the International Centre for Theatre Creation when he opened the Bouffes du Nord in 1974, he has produced a series of events which push at the boundaries of theatre, such as Conference of the Birds (1976), The Ik (1975), The Mahabharata (1985), and The Tragedy of Carmen (1981) to name but a few.

His hugely influential books, from The Empty Space (1968) to The Quality of Mercy (2013) and Tip of the Tongue (2017), have been published in many languages throughout the world. 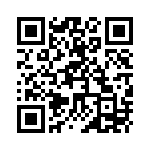