James Evans is codirector of the Program in Science, Technology, and Society at the University of Puget Sound. J. Lennart Berggren is Professor of Mathematics at Simon Fraser University. 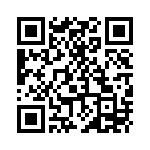