I think this is one of the better short story collections I have read recently. Not all the stories were stellar, when are they ever? The short biography/introductions to each author describing their ... Llegeix la ressenya completa 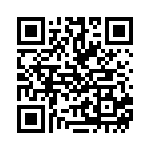