Pŕgina 3196
Bartly , an organization member sent out to bring Gypo in , followed him . When he made a taunting reference to the coins Gypo had given Francis ' mother , Gypo choked Bartly , who was saved only by the arrival of a friend who was armed ...
Pŕgina 3282
... execute his threat against Jack , Wild , who had followed Jack to Willesden , answered boldly and confidently , “ Nine . ” Nine years later in 1742 , Jack had become the most daring criminal and jailbreaker of the day .
Pŕgina 3383
gramophone was followed by that of Bentham , now Mary's fiancé . Over family tea , Bentham explained his belief in theosophy and ghosts . Johnny , visibly upset by this conversation about death , left the room but quickly returned ... 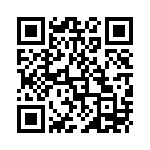