David Ellis is an award winning author. He won the Edgar Allan Poe Award for Best First Novel for Line of Vision. He has also published several other books such as: Life Sentence, Jury of One, In the Company of Liars, and Eye of the Beholder. In 2009, The Hidden Man, debuted Dave's new series character, Jason Kolarich. The Hidden Man was nominated for the L.A. Times Book Prize and Barry Award. His second Jason Kolarich novel, Breach of Trust, was based in part on the scandal involving impeached Governor Rod Blagojevich and was recently released in paperback as well. Dave's new Jason Kolarich novel, The Wrong Man, was released on June 28, 2012. In addition, Guilty Wives, Dave's first novel co-authored with best-seller James Patterson, was released on March 26, 2012. It's an international thriller about four frustrated wives who vacation in Monte Carlo and wind up being the most wanted criminals in French history. He has also co-authored Mistress with James Paterson released August 5, 2013. As a lawyer, Dave prosecuted and convicted Governor Rod Blagojevich in the Impeachment trial before the Illinois Senate. He currently serves as Special Counsel to the Speaker of the Illinois House of Representatives. He has argued dozens of cases at the trial and appellate levels, specializing in constitutional law. 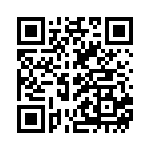