Jerry Ginsberg joined the faculty of Purdue University in 1969, and the Georgia Institute of Technology in 1980. He became the first Woodruff Chair in Mechanical Systems in 1988. In 1994 he was named the Georgia Tech Distinguished Professor, the Institute's highest award. Professor Ginsberg's activities include seminal contributions in nonlinear dynamics, shell vibrations, dynamic stability of pipes, nonlinear acoustics, shock response of submerged structures, acoustic-structure interaction, and experimental modal analysis. His research and books go beyond merely addressing the subject to elucidate fundamental physical phenomena. He is the author of more than 100 archival papers, and two graduate textbooks: Advanced Engineering Dynamics and Mechanical and Structural Vibrations. His undergraduate texts, Statics and Dynamics, with Joseph Genin, fundamentally influenced the pedagogy for these courses. He is an Associate Editor of the Journal of the Acoustical Society of America and previously was an Associate Editor of the ASME Journal of Vibration and Acoustics. Among his significant speeches are keynote lectures at the 2nd International Conference on Vibrations, Dynamics, and Controls in Beijing, the 2nd Annual Meeting of the Chinese Society of Vibrations and Acoustics in Keelung, Taiwan, and presentations of the Rayleigh Lecture and the Noise Control and Acoustics Division Special Lecture at the 2001 and 2003 ASME IMEC Conferences. He is a Fellow in ASA and of ASME. Among his awards are the ASEE Archie Higdon Distinguished Educator in Mechanics (1998), the Acoustical Society of America Trent-Crede Silver Medal (2005), and the ASME Per Bruel Gold Medal in Noise Control and Acoustics (2007). The citations for the latter two awards note his fundamental contributions to theory and practice in vibrations and acoustics. 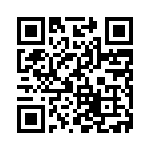