Kamal Salhi is Reader in Francophone, Postcolonial and North African Studies at the University of Leeds and Deputy Director of the Leeds Centre for African Studies, UK. He is the founder and editor of two academic journals, Performing Islam and the International Journal of Francophone Studies. He is the founding director of the Leeds Centre for Francophone Studies (1997-2003) which has developed into the Centre of French and Francophone Cultural Studies. Dr Salhi has recently completed with Distinction an AHRC/ESRC funded research project, 'Performance, Politics and Piety: Music as Debate in the Muslim World'. 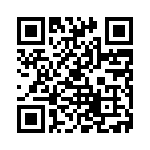