Pŕgina 3
I hope I am now with him by faith , and through the power of his Spirit dwelling in
me . In this sense I hope he has made his abord , with me . But when done with
earth , I would be with him , where he is , that I may behold his glory , which he ...
Pŕgina 4
I went to see him in the early part of the following evening , when I found him
more composed ; his fever had abated considerably , and hopes began to be
entertained by all , except himself , that he would recover . “ They are sanguine ,
sir , but ...
Pŕgina 22
It is selfevident that a future state is the necessary consequence of a resurrection
and a judgment , else would they be wholly nugatory . Acts xxiv . 15 . “ And have
hope toward God , which they themselves also allow , that there shall ... 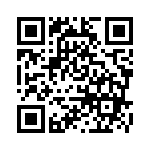