Thomas B. Bottomore is a British sociologist whose work centers on issues of class, labor, social theory, and ideology. Educated at the London School of Economics, he taught for much of his career at the University of Sussex in Brighton. He has contributed extensively to Marxist sociology, having written and edited several volumes dealing with the sociological thought of Karl Marx. Bottomore has stressed the notion that his role as a sociologist is to enhance our understanding of our social world, while his role as a scholar-activist is to make that world more just. 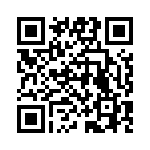