Pŕgina 69
Even men of tempers and dispositions the most opposite and contradictory ; will ,
by constant and habitual union , assimilate with , and resemble each other , like
those liquors , which , though of contrary qua . lities , may so blend and ...
Pŕgina 93
If in this life only we have hope in Chrift , we are of all men most miserable . T V. :
} HERE is nothing which the soul SERM . of man doth reflect on with greater
pleasure , or contemplate with more real satisfaction , than the dignity of its own ...
Pŕgina 194
The last distinguishing mark of the Pharisaical Christian , that leaven which
leaveneth the whole lump , is Hypocrisy ; a vice most abhorrent to the doctrine ,
and most opposite to the character of our bleffed Redeemer : this imitation of
ancient ... 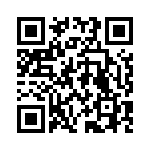