Dolores L. Augustine is Associate Professor of History at St. John's University. She is the author of Patricians and Parvenus: Wealth and High Society in Wilhemine Germany. 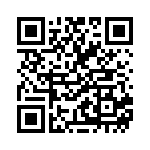