Pŕgina 44
In the year 1800 or 1801 , the Collector of Bahar suggested to Government , with a view to the more convenient and certain realization of the revenue , that in lieu of taking several kabooliats , or agreements , for the payment of ...
Pŕgina 116
It may be said , that it was made with the sĺnction Lal Chur- of the local Government , of which Lord Cowley was a prominent member , or the chief under the supreme Government . The sale , however , was not at Bareilly , but at ...
Pŕgina 327
The Commission appointed by Government to conduct the inquiry , reported that Mr. Grant was guilty of this and other charges brought against him , and in consequence of this report , the Government suspended him from office . 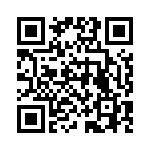