OSCAR J. BANDELIN received his Ph.D. in History from the University of Washington, Seattle. 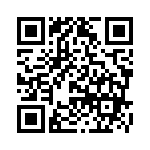