There should be a basic purpose for any collection. I make this point because I cannot comprehend what is trying to be accomplished by this collection. It is titled The Science Fiction Century, so one ... Llegeix la ressenya completa

David B. Hartwell is a renowned editor and anthologist who lives in Pleasantville, New York. 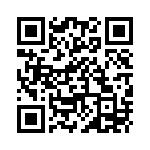