Gwen Robbins Schug is an Associate Professor of biological anthropology at Appalachian State University (Boone, NC). She is the author of Bioarchaeology and Climate Change: A View from South Asian Prehistory (2011). Her research has been widely published in academic journals and covered in Science Magazine, National Geographic, Science Daily, The New Yorker Magazine, and The New York Times.

Subhash Walimbe was Professor of biological anthropology at Deccan College Post-Graduate Research Institute and the Head of Department at Pune University before retiring in 2010. He is the author of nine books and more than 80 research articles on South Asian prehistory. His research has been funded by National Geographic, Smithsonian Institution, and the Ford Foundation, among others. He serves on the advisory committee to several Indian Universities and the Government of India research establishments. 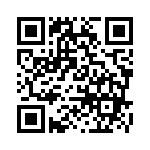