THE SUPREMES: A Saga of Motown Dreams, Success, and Betrayal

Acrid biography of the biggest female vocal group of all time.Ribowsky (Josh Gibson: The Power and the Darkness, 2004, etc.) dredges up all the muck he can find on Motown Records' hit-making trio, who ... Llegeix la ressenya completa

Something old? Something new?

Mark Ribowsky is the acclaimed author of eight books, including He's a Rebel, a biography of Phil Spector. He lives in New York City. 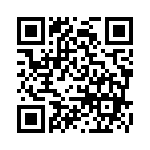