Philip Ball is a freelance writer and a consultant editor for Nature, where he previously worked as an editor for physical sciences. He is a regular commentator in the scientific and popular media on science and its interactions with art, history and culture. His ten books on scientific subjects include The Self-Made Tapestry: Pattern Formation in Nature, H2O: A Biography of Water, The Devil's Doctor: Paracelsus and the World of Renaissance Magic and Science, and Critical Mass: How One Thing Leads To Another, which won the 2005 Aventis Prize for Science Books. He was awarded the 2006 James T. Grady - James H. Stack award by the American Chemical Society for interpreting chemistry for the public. Philip studied chemistry at Oxford and holds a doctorate in physics from the University of Bristol. His latest book The Music Instinct published in February 2010. 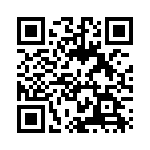