Pŕgina 139
The cult of St Mary , the virgin mother of God , would seem to have begun in the
second century . ... Over several centuries , whatever was most widespread ,
readily available , and impressive variously helped to form the unique
combination of ...
Pŕgina 140
The earliest known legends of Mary ' s escape from death by divine intervention
are found in fifth - century apocrypha in Greek , Latin , Coptic , Syriac , Ethiopic ,
and Arabic . They are thought to have an Egyptian origin and may be divided ...
Pŕgina 176
There is a twelfth - century statue of Helen in the church of St Just de Valcabrčre
in the Pyrenees , and Helen is shown venerating the cross in the chapel of the
monastery of Camp near Elne , Roussillon , France . There is a thirteenth -
century ... 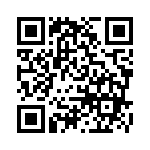