One of my teachers recommended this book to me, and because I enjoyed the musical 1776 so much, I figured I'd give it a shot. While I did enjoy the book, it was not exactly my cup of tea. Both ... Llegeix la ressenya completa

John Adams (1735-1826), educated as a lawyer at Harvard, was the Massachusetts delegate to the First and Second Continental Congresses. During the Revolutionary War, he served abroad in diplomatic roles and helped negotiate the peace treaty. After serving as Vice President for two terms under George Washington, he was subsequently elected President. 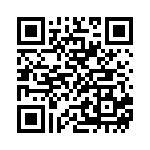