Editor Maria Bargh has a PhD in political science and international relations from the Australian National University and is a lecturer in Maori Studies at Victoria University of Wellington. 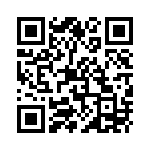