Pŕgina 405 - A Course of Instruction in the Elements of the Art and Science of War, for the Use of the Cadets of the United States Military Academy, West Point, NY 12mo, cloth $1 .75 Field Fortifications.
Apareix a 238 llibres de 1817-2008

Eda Kranakis is an Assistant Professor in the Department of History at the University of Ottawa. 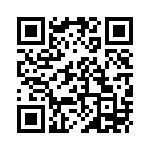