Kiyotaka Tanikawa has initiated the numerical symbolic dynamics of the collinear and planar three-body problem. He graduated at the University of Tokyo in 1967 and has worked in the International Latitude Observatory until 1988, and then in the National Astronomical Observatory of Japan. He is retired Professor of the latter observatory and works there after retirement. Minor planet #10117 has been named after Tanikawa. He is also known as a historical astronomer using the ancient solar eclipses in order to determine the long-term variations of the Earth rotation.

Aleksandr Myllðri began the studies of the three-body problem in 1987 in Saint Petersburg State University. He has conducted joint research with all co-authors of the book. He is Associate Professor in St. George's University in Grenada, West Indies, and Adjunct Professor in ébo Akademi University in Finland.

Konstantin Kholshevnikov is a well known specialist in Celestial Mechanics. He has graduated in Saint Petersburg State University in 1962 and is currently the Head of Celestial Mechanics Chair of the same institute. His many awards include Leonhard Euler Medal of USSR Academy of Science, and the minor planet number 3504 is named after him.

Joanna Anosova is a pioneer in the study of the general three-body problem using computers. She is a graduate of Saint Petersburg State University, and has worked there for many decades. She is now retired Professor of University of Texas at Austin. The famous Agekian-Anosova map is named after her and her former teacher and colleague Tateos Agekian. 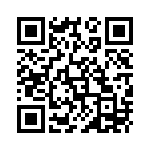