Pŕgina 69
Naidoo , VENGAMA On the 6th of December , 1831 , Kooppy Naidoo , commenced a suit in the then Central Provincial Court against Venkatappa Naiiloo and others , to obtain possession of the Pollium , claiming as the next heir of the ...
Pŕgina 328
This suit was brought by the Appellant to recover Principles possession of an estate , called Talooka Bazaar Rajah , regulating Pergunnah Gudwarrce , from the Respondent , KishaBen . Reg . nund Misr , who was in possession thereof under ...
Pŕgina 633
In a suit brought to recover possession of real estate sold in execution of a decree , and of which the party had boen nine years in possession , on the ground of noncompliance with the formalities prescribed by sec . 3 of Ben . Reg . 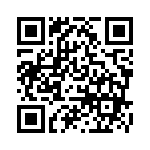