Art critic and philosopher Arthur C. Danto was born in 1924. He received a B.A. from Wayne State University in 1948 and a M.A. and a Ph.D. from Columbia University, in 1949 and 1952, respectively. He began teaching at Columbia University in 1951 and has been a professor since 1966. He has received many fellowships and grants including two Guggenheims, ACLS, and Fulbright, and has served as Vice-President and President of the American Philosophical Association, as well as President of the American Society for Aesthetics. His book Encounters and Reflections: Art in the Historical Present, a collection of art criticism, won the 1990 National Book Critics Circle Prize for Criticism. He is also the art critic for The Nation and an editor for the Journal of Philosophy. 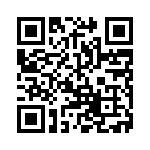