Pŕgina 211
simply the sense of human existence occurring in destiny ; that brings in destiny only mediately , through that which is destined . He has to express the sense of destiny immediately , at the same time as he expresses its opponent ...
Pŕgina 266
With his expression of gratitude for the “ Great things ” ( “ which human knowledge could not reach " ( VII.75 ] ) that the Angel has revealed , Adam asks Raphael to add to these " Things above Earthly thought , ” “ What may no less ...
Pŕgina 311
In order to grasp the full significance of Williams's rewriting of Arnold , we must recall that at the core of Williams's thinking is a sense of human life as amounting to an " at once ordinary and extraordinary process of ...

TIMOTHY C. MILLER is Professor of English at Millersville University, where he teaches courses in English Renaissance literature. His articles have appeared in such journals as English Language Notes, ANQ, and Restoration. 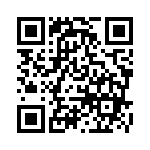